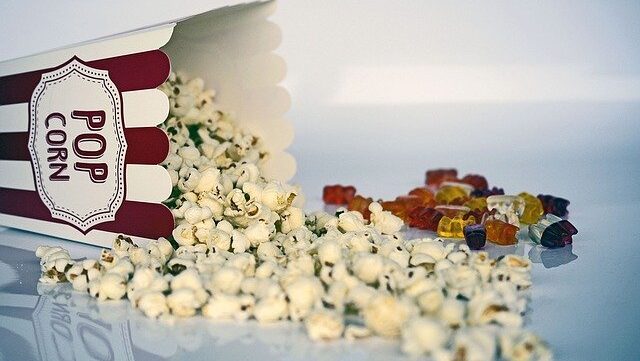 Action film is a film genre in which the protagonist or protagonists are thrust into a series of events that typically include violence, extended fighting, physical feats, rescues and frantic chases.

Adventure films are a genre of film whose plots feature elements of travel. They typically involve protagonists who must leave their home or place of comfort and go to far away lands to fulfill a goal. Settings play an important role in adventure films, sometimes as big as the characters themselves

Fantasy films are films that belong to the fantasy genre with fantastic themes, usually magic, supernatural events, mythology, folklore, or exotic fantasy worlds. The genre is considered a form of speculative fiction alongside science fiction films and horror films, although the genres do overlap.[1] Fantasy films often have an element of magic, myth, wonder, escapism, and the extraordinary

Science fiction (or sci-fi) is a film genre that uses speculative, fictional science-based depictions of phenomena that are not fully accepted by mainstream science, such as extraterrestrial lifeforms, alien worlds, extrasensory perception and time travel, along with futuristic elements such as spacecraft, robots, cyborgs, interstellar travel or other technologies.

We use cookies on our website to give you the most relevant experience by remembering your preferences and repeat visits. By clicking “Accept”, you consent to the use of ALL the cookies.
Configurações do CookieACEITAR
Manage consent

This website uses cookies to improve your experience while you navigate through the website. Out of these, the cookies that are categorized as necessary are stored on your browser as they are essential for the working of basic functionalities of the website. We also use third-party cookies that help us analyze and understand how you use this website. These cookies will be stored in your browser only with your consent. You also have the option to opt-out of these cookies. But opting out of some of these cookies may affect your browsing experience.
Necessary Always Enabled

Any cookies that may not be particularly necessary for the website to function and is used specifically to collect user personal data via analytics, ads, other embedded contents are termed as non-necessary cookies. It is mandatory to procure user consent prior to running these cookies on your website.